As someone that has been shooting with revolvers for decades, and I can truly say that the .357 Magnum Revolvers are some of my favorites. They have, each in their own way, served me well in hunting, competition shooting, and for personal defense.  Professionally, I have also been asked by many people, “What is the best .357 Magnum Revolver?”  While each person has different hand characteristics, eyesight, and other physical characteristics, there is truly a .357 Magnum for every person.  However, there is no such thing as a “one gun fits all”.

In this article, I will share my advice on which .357 Magnum revolvers I like best and why they might also be of interest to you.  It is my sincere hope that you, the reader, gain some valuable insight that enables you to choose a better weapon so that you always remain safe from harm and able to defend yourself.

An Introduction to .357 Magnum Revolvers

There are three sizes of .357 Magnum revolvers: 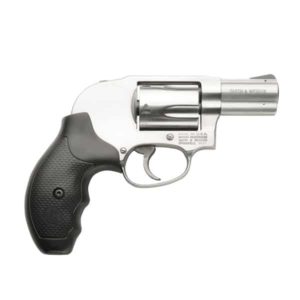 My choice for the compact revolver is the Smith & Wesson Model 649-5.  The Smith & Wesson compact revolvers are built on the  5 shot “J” frame. This is the smallest of the  company’s frames, and it’s an excellent choice. My personal revolver  is a model 649-5 DA/SA,  in .357 Magnum that features a 2-inch barrel, rubber grips, and a hammer shroud.   Since this revolver is made of stainless steel, the little extra weight helps to tame the .357 Magnum’s  recoil. This makes a perfect concealable revolver because there is nothing to catch on clothing, to get hung up  in a purse or backpack.

Smith & Wesson revolvers are readily available in the marketplace at a fair price. The quality and design are excellent and they are very popular among compact revolver shooters. Smith & Wesson has a limited warranty on their revolvers.

For general target practice, I prefer to use 38 Special wad cutters or round nose bullets.  For heavier load practice, I recommend either a 38 Special +P or a low velocity .357 Magnum round. This ammunition will help simulate the harder recoiling .357 Magnum defensive ammunition, which can be hard on compact revolvers. A steady diet of defensive ammunition can greatly shorten the usable life  of your revolver by breaking parts or mis-aligining others.

The next revolver weight class features include:

These revolvers are still small enough to be concealed with the  proper holster and loose fitting clothing. Most importantly they are big enough to comfortably manage the heavy recoil of the .357 Magnum ammunition.   They may not be as good at closer ranges because it will take a little longer to come to bare on the target than with a compact revolver.

My choice for the medium size revolver is the Smith & Wesson Model 686.

The Smith & Wesson  medium revolvers are built on the companies’ 6 shot  “ L” frame, which was developed because 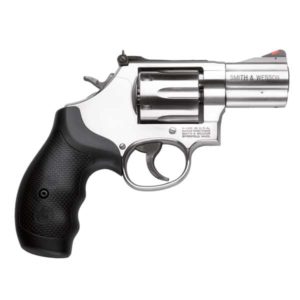 the old  “K”  frame lacked strength when firing very hot ammunition.   Case in point, When I was in my late twenties, I fired my Smith & Wesson model 19 with very high velocity .357 Magnum ammunition. The end result was the revolver cylinder exploded and the frame was badly distorted. I was lucky that I was not killed or seriously injured; only a few minor cuts and burns plus a flinch that took a time to overcome.

My favorite Smith & Wesson  medium revolver is the model 686. This is a stainless steel DA/SA .357 Magnum revolver, with a 4-inch barrel, with a full underlug barrel, adjustable rear sights, and, rubber grips. This revolver is designed for heavy use with hot ammunition and will not shake itself apart. With the rubber grips and the added weight of the stainless steel, it’s a pleasure to shoot.  If you prefer  blue steel revolvers, Smith & Wesson has a model 586 that may be just right for you. It ‘s the same as the model 686 stainless, but in blue and has wooden grips.

The full sized revolvers are the largest and heaviest of the commonly manufactured revolvers. These revolvers usually have: 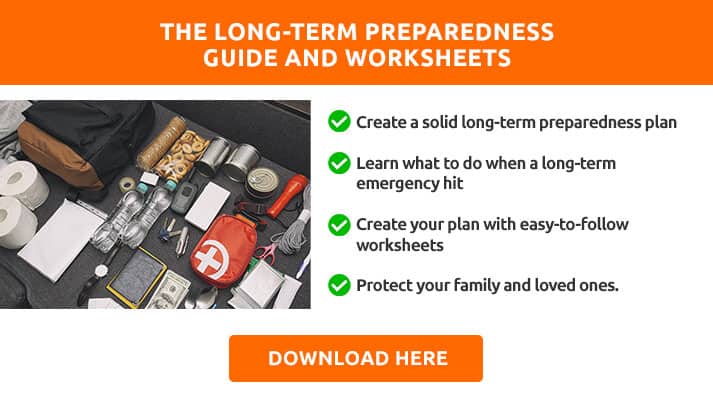 These revolvers have their advantages and disadvantages over the other sized revolvers. One  advantage  is that the larger and heavier frames are strong enough to take repeated shooting of hotter ammunition  over a longer time with less felt recoil. A major disadvantage with these revolvers is that their size and weight  makes them harder to conceal. Even with a good holster and loose fitting clothing, they are easy to spot.

My choice for the full sizes revolvers  is the Taurus Model 608. 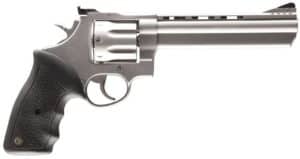 This Taurus full-size revolver is built on Taurus’ large frame with a full underlug 6.5-inch long barrel. This revolver has a cylinder that holds 8 rounds of .357 Magnum ammunition. Not only does this revolver shoot .357 Magnum ammunition, it also shoots 38 Special and 38 Special + P. The action is DA/SA.  The Taurus Model 608 also has adjustable rear sights, and rubber grips that help to absorb the recoil.

The one thing I like least about this revolver is its  size. A larger person can conceal it without much trouble, but an average build person will have some problems. Even with a good holster that keeps the revolver close to the body, I notice the revolver prints easily.   Still, I like this revolver because it has the weight to lessen the recoil, Is built tough enough to shoot heavy defensive .357 Magnums, holds 8 rounds of ammunition, and can shoot 38 Special and 38 Special + P ammunition.

This revolver comes with Taurus’ “Life Time” Warranty,  which is the best in the Firearms Industry. It breaks, fails, no matter the cause Taurus will fix it or replace it no questions asked.   I especially like this because the larger and hotter the ammo, the more stress it puts on the frame of weapon.  At least, if something goes wrong with this model, the manufacturer will take care of it for life at no further expense to me.

I wish to leave you with this last thought.

“Remember the first rule of gunfighting … have a gun.”  This is a quote from the  late great John Dean “Jeff Cooper”. Who is known as the father of  “Modern Techniques” of modern handgun shooting.

Please feel free to share your experiences with choosing and using a .357 revolver.  Which models do you like best and why?  We are all here to learn (including me), and always remember that knowledge shared is not knowledge that will be lost.

Fred Tyrell is an Eagle Scout and a retired police officer with a big passion for hunting, fishing, camping and hiking. He is a strong believer in the old American ways and traditions, living it and sharing it every time he can. He is also a champion shooter who loves to help others in the right use of firearms for hunting and self-defense. He also has a wealth of experience in bugging out, crime awareness, homestead maintenance and home defense. You can also read more of his work at streetpreppers.com

SurvivorsFortress.com is a participant in the Amazon Services LLC Associates Program, an affiliate advertising program designed to provide a means for sites to earn advertising fees by advertising and linking to Amazon.com. As an Amazon Associate, I earn from qualifying purchases.

To be a great resource of useful, in depth knowledge and practical tips for people who are willing to take action, be proactive and prepare for any kind of catastrophic event or disaster that may happen in their communities so they can protect their families and loved ones.