The global landscape that has led to here

Wars are being waged; dictatorships becoming ever more volatile and technology advances at ever faster rates – leading to renowned scientists to predict A.I. to eventually threaten the very existence of humanity.

The global economy continues to be upon uncertain footing; the biggest migration and illegal immigration crisis in history continues to evolve seemingly unaddressed, and global warming leads to ever more temperamental weather fronts. Not only are melting ice caps of this latter threat causing fatal floods, but this is also accompanied by a recent litany of natural disasters: earthquakes, tsunamis, hurricanes and tornados have, combined, taken the lives of 16,000 within the first six months of 2015 alone, compared to a mere 2,800 the year previous (Reuters 2015).

Never has a catastrophic event been such a possibility, yet few are actively seeking out a contingency plan.

With increasingly unstable and power hungry Governments indulging in war upon their people and threats of nuclear strikes, against a backdrop of destabilizing events such as mass migration being anything but well-managed, the case for relying upon the self, rather than the inefficient ruling power, has never seemed so essential.

We don’t believe in scare tactics, we believe in informed decisions; we don’t opt for opinion based articles, we instead write blogs that provide for step-by-step guides that can be put into practice and plans that can be put it into place. Each and every blog post that we create has been crafted by an informed team who value the importance of useful, in-depth guidance.

We aim to be a leading survival and preparedness resource – where the proactive can become prepared and the realistic can be informed; where readers can learn about how to protect their family, loved ones and communities in the event of a disaster.

Survivor’s Fortress aspires to become the un-negotiating survivalist and prepper online destination for the complete picture when it comes to the practical knowledge that would empower them within a situation where others may be powerless.

We’ll provide you with vital access to the strategies, tips and how to guides that finely hone a survivalist mind-set and that build up a tough prepper mentality; our approach is underlined by a fundamental need for our readers to be able to confront adversity and overcome any critical event as an individual and as the dependable leader of your family.

We’re busy keeping our readers informed, educated and, quite simply, protected for any eventuality; will you join us?

Threats that loom large, and past experiences that may loom even larger

Having had extensive discussions with our growing readership, and with a network of like-minded people behind us, we’ve been enlightened as to just who it is that makes up the average survivalist; and whilst we face threats have never loomed so large upon the global landscape, we know that often the readers who seek out the solid advice and guidance that arms them with survival skills comes from a number of alternative sources.

Be free from a reliance upon local frameworks that fail

These reasons are wide and varied, and often spring from past experiences that have been defined by an event where reliance upon traditional crisis frameworks, such as the emergency services or governmental powers, has failed.

Survivor’s Fortress is the virtual home for overcoming disaster free from reliance upon often ineffective emergency services and consistently incapable governmental intervention; we provide the tangible steps towards preparation that offers robust protection of homes, families and loved ones, even in the face of the most significant of adversity.

Knowledge is power – Harness ours

This notion defines our team’s approach to the content that we produce; through it our readers will be able to take charge and seize control of a situation that may otherwise lead to disastrous consequences.

Never repeat the mistakes that define the past

They say that if we do not learn from history, then we are doomed to repeat it, and there may be no more an illuminating an experience to learn from than that of our forefathers and mothers; their pasts, which were so affected by events such as the Great Depression and two World Wars should serve as pivotal past periods that we learn essential skills from to confront threats within the modern age.

Our world is experiencing ever more turbulent winds that swirl, creating a fragile globe and worldwide uncertainty – overcome an unpredictable future with Survivor’s Fortress 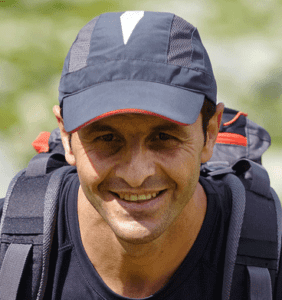 I’m a proud father of two great children. My journey to being better prepared began when Hurricane Katrina hit and when I lost my job due to the 2008 economic crisis. That made me realize that in a short time everything can change for the worst. This experience pushed me into a new mindset, preparing me to expect the unexpected in life and to remain ever vigilant. All these hard events gave me the motivation to go through several courses, soaking in a number of books and put the knowledge into practice in order to improve my skills regarding survival and preparedness.

I believe in the importance of preparing for problems before they become issues. I enjoy helping my family and loved ones to make our own preparations for disasters and emergencies and I constantly preach the benefits of being proactive and not expecting to rely on the government alone for assistance or other insurance policies. After such harsh experiences with economic downturns and natural disasters, I consider myself knowledgeable when it comes to food storage, home protection, family emergency planning, and other relevant topics.

As the Editor of Survivor’s Fortress, I’m committed to providing you with the most accurate and up-to-date tips and information to help you become more self-reliant and keep you prepared for whatever life throws at you.

You can send Conrad a message at [email protected] 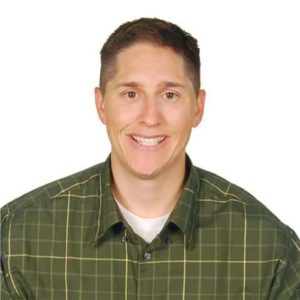 Benjamin Roussey is from Sacramento, CA. He has two master’s degrees and served four years in the US Navy. His bachelor’s degree is from CSUS (1999) where he was on a baseball pitching scholarship. He has an MBA in Global Management from the Univ. of Phoenix (2006) where he attributes his writing prowess. He has worked everywhere from small businesses to large corporations, and also for public agencies. He has lived in Korea and Saudi Arabia where he was an ESL instructor. He misses Saudi food and living in Korea. Benjamin has a tremendous work ethic and is quite focused. Now he writes professionally for several clients that covers one sector of our economy to another. Currently, he lives in the Phoenix area after living in Cabo San Lucas, MX for 3 years. He enjoys sports, movies, reading, and current events when he is not working online. You can send him a message at [email protected] 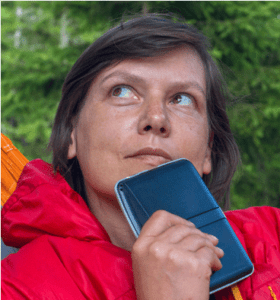 If there is one term that describes me, it is “street prepper”.  Over the years I have done everything from practically live in the backseat of my car to restore rooms in homes that most would never walk in let alone live in.  Like many in our nation today, I know what it is to be poor and then find myself wondering just how much worse it will be for me and those like me in a total social collapse scenario.  This has led me to look for inexpensive ways to meet basic needs regardless of what is going on around me.  While my answers may not be the most glamorous, and they may take some hard work, they do get the job done.  With all of these experiences behind me, I am inspired to pass along what I have learned to others, and to learn from those that are also thinking about the same issues.

As much as I enjoy gardening, I have never let go of this skill as a vital source of food, nor have I let go of sewing and other crafts that will be important in the post-crisis world.  Even though I turn my attention these days more to electricity and water production, I still take pride in finding ways to cut back and reduce reliance on all things ‘municipal”.  Some other topics that I enjoy exploring and writing about include automobile maintenance, herbal remedies, surviving a nuclear disaster, and bugging in.   I always look forward to feedback and comments from readers and hope that everyone gets something of value from my posts.

You can also read more of her work at Street Preppers 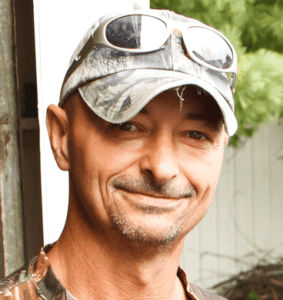 My name is Fred Tyrell. I am an Eagle Scout and a retired  police officer that loves to hunt, fish, camp, and hike with family and friends. I am a strong believer in the old American ways and traditions. To me hunting and fishing are a way of life passed down to me by my father, grandparents, and others. Knowing how to live off the land and how to survive under adverse conditions is becoming lost knowledge to the general population; and that trend, I believe, will spell disaster for many that think camping is about using a GPS system and living in an RV.

As a champion marksman (rifle, pistol, and shotgun), I also believe firmly in the right to keep and to bear arms. Shooting in competitive shooting sports and hunting has taught me how to be safety minded, a good sportsman, and a better hunter. Having direct knowledge and experience with major gun brands and their clones has given me the knowledge to help other individuals obtain and correctly use firearms in self-defense, hunting, or the shooting sports.

I enjoy writing about survival oriented topics because I believe that every American should have the necessary knowledge to live and survive in a world gone mad. The knowledge that is not passed on can end up being lost knowledge lost forever.  It is my sincere hope that the knowledge and experience I have gathered over a lifetime will help others now and in crisis situations.

You can also read more of his work at Street Preppers

We use cookies to ensure that we give you the best experience on our website. If you continue to use this site we will assume that you are happy with it.Accept