How to Survive the Pre-Currency Collapse World

01 | INTRODUCTION
04 | KEY PREPPER ASSET TYPES AND HOW TO HANDLE THEM
02 | WILL GUN CONTROL EFFORTS CREATE CURRENCY COLLAPSE?
05 | 5 CRITICAL THINGS YOU MUST DO NOW
03 | WHY OUR NATION REBUILD LIKE BEFORE AND WHAT YOU CAN DO ABOUT IT
06 | CONCLUSION 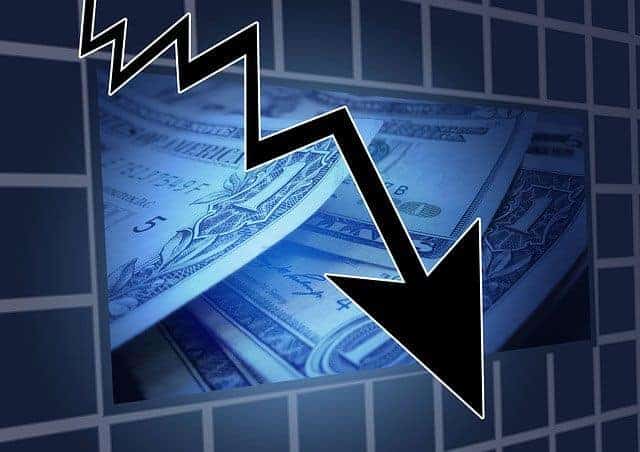 In the last 20 years, I have seen middle class and wealthy towns in the United States turn into little more than slum areas filled with abandoned houses in which drug addicts and homeless people compete with rats and roaches for a place to live.   As I have mentioned in other articles, I have also survived with very little money and in situations that mimic what will happen in a large scale currency collapse. This article is designed to show you how to manage the “grey area” prior to major currency collapse and up to the time when inflation reaches critical mass and creates a defacto “bank holiday”, or the government openly devalues the currency.

Let me start off by saying that even if you see the signs, there are not always concrete lines between recession, depression, and complete economic failure.  Gun control, increased government regulations, increased taxes, increased debt, and crumbling social/family values all point to a major collapse right along with key economic indicators such as falling oil prices, closing stores, housing market failure, increases in subprime lending, and increased bond activity. 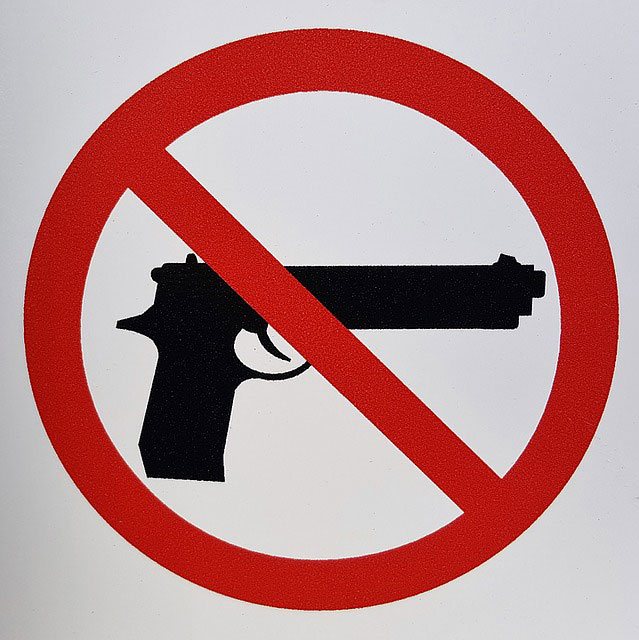 Have you been watching the way gasoline prices shift several times a day?  When a vital resource for daily living shifts that much in price, it is a sure sign that something very serious is happening with the currency used to buy that merchandise.  If you have never been homeless, or survived a “bank holiday” in which the banks close and currencies are devalued, then you may not have an appreciation for just how deadly that situation can be when combined with natural disasters, martial law in order to confiscate “assault weapons”, and anything else that leads to social collapse and massive civil unrest.   Before you decide whether or not you need to know how to survive a currency collapse consider the following: 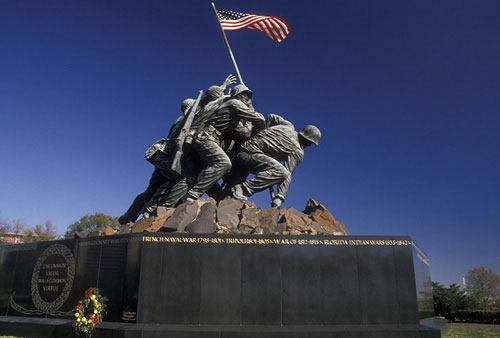 Regardless of why or how a major currency collapse occurs, our nation will have a difficult, if not impossible time rebuilding.  My grandfather often said that American prosperity after the Great Depression came because we went to war and had more manufacturing jobs than we knew what to do with.  Since that formula worked so well before, why can’t it work again?  Let’s have a look at how the next economic collapse will differ from previous ones, and why individuals won’t be able to use “tried and true” ways to recover and grow the economy.

Survivors have a unique opportunity to build groups that are relatively insulated from the currency collapse.  Make it a point to start a business that does not rely on mechanization and then focus on bartering for goods instead of using currency.  If you are already a member of survivor community, the entire group should already be using barter more than currency as a means of exchange within the group, and limit currency exchanges to selling outside the group.  Never be intimidated by cheaper goods from other areas.  Do your research on what interests people in the local areas and cities, and then develop designs and marketing strategies that appeal to them.  It may take time to find a “trendy” product, but once you do, there will be enough money and employees to keep the business growing. 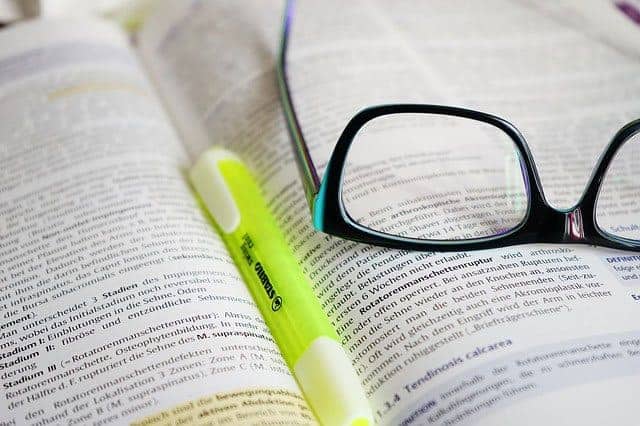 This is truly a difficult problem to overcome because the vast majority of Americans do not have the educational background that they had when we first put a man on the moon. If you are going to insulate yourself from currency collapse, you need to drill in math, core sciences, languages (English, Latin, Russian, Chinese, and Arabic).  Investigate all medical care plans, all drugs you may be taking or asked to take, and all sources of commercial food.  Make it your business to speak the language of science so that you know the truth and how to act on it.  Not only will you have a better chance of improving your health and well-being, you will also reduce the amount of money you spend on foods, devices, and gadgets that may be harming your health to begin with.

During a currency collapse or massive civil unrest, it is likely that the government will call upon the UN to place foreign troops on our soil to police the people.  The more languages you know, the better chance you have of translating what is being said, keeping your communities safe, and gaining access to important currencies. In the long run, the more capable you are of speaking to others, the better chance you have of indoctrinating them about the value of freedom and what our Constitution means.  Never forget that sugar catches more flies than vinegar!

Being able to defend yourself is a key to long-term survival.  Quite frankly, I love guns (and gun fashions/accessories!!) and am always awed by the genuine goodness and kindness of those who are members of the gun culture.  Sadly, we are living in a nation where a few people have decided to slander and libel gun owners as part of a psychological scheme to undermine a legitimate culture and way of life.  In my estimation, gun owners are fighting a losing battle that has been played out all over the world already.  Every argument has been heard and the government already has dozens of predictive models to rely on for successful gun confiscation.

If you are truly interested in protecting yourself in the event of currency collapse, don’t count on guns being there, because they will all be confiscated (or the owners dead or driven underground) or ammo will be unavailable within 2 years of a complete monetary collapse. Look to making your own devices and make sure they are 10x or more deadly than a gun could ever be.  When it comes to weapons innovation, there is no such thing as laws that can move fast enough to outmaneuver the human mind and will to self-defense.

People that are in bad health or do not have a decent education are going to find themselves at a major disadvantage in a currency collapse scenario.  Take the time now to exercise, improve your diet, and transit all medical needs to herbs that you can grow for yourself.   If you have children, use homeschooling and older textbooks that teach facts instead of common core garbage.  You can do science fair projects and learn along with them instead of wasting time on cell phone game apps or other useless things you do to “unwind”.

Key Prepper Asset Types and How to Handle Them 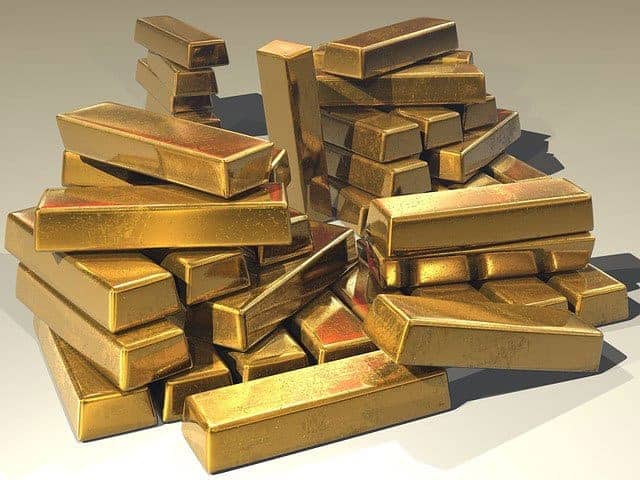 As a prepper, you may have decided to build a homestead, create a stockpile, invest in precious gems/metals, or amass other items that are worth quite a bit of money.  While these items can be used for daily survival, they can also be seized if you do not have the correct currency to pay taxes and other fees now and during increasingly difficult economic times.  Here are some ways to shelter your most important assets and build your currency reserves at the same time:

5 Critical Things You Must Do Now

According to Robert Richardson in an article at Offgrid Survival, “Both J.P. Morgan Chase and Citigroup are calling for a ban on paper currency. In fact, Chase took the unprecedented step of restricting cash in certain markets and recently started banning the storage of cash or coins in its safe-deposit boxes. They also put policies in place that will ban using cash as an acceptable payment for credit cards, mortgages and auto loans.”  This is just one of many troubling indicators that the US currency is about to collapse.  What are you doing to prepare for a time when you will need money, but none will be available? I have lived through these kinds of situations. What would you like me to write about on this situation?  Please also feel free to share your experiences so that we can all fine tune our plans and make useful steps to solving these problems.

The 12 Best States to Live Off The Grid [VIDEO INFOGRAPHIC]
How to Store Dehydrated Food: Facts Every Prepper Should Know
Camping Checklist: The Essential Guide for Family Camping
The Most Disaster-Prone States in the USA [INFOGRAPHIC]
The Best Feeders and Waterers for Your Chickens
Rain, Heat, or Snow: All-Weather Emergency Car Kits
Fast and Easy Aloe Vera Shampoo Recipe for Preppers
Emergency Food Storage: A Quick-Start Guide
How to Survive the Pre-Currency Collapse World2016-07-192020-02-25https://survivorsfortress.com/wp-content/uploads/2016/03/Survivors-Fortress-Logo.pngSurvivor's Fortresshttps://survivorsfortress.com/wp-content/uploads/2016/07/pre-currency-collapse-featured-image.jpg200px200px
About
Carmela Tyrell
Carmela Tyrell is an experienced prepper that enjoys spending time working in her garden and exploring new ways to generate off-grid electricity and water for her family's home. She prides herself in working hard to cut reliance on all things "municipal" and transition to a more self-sustainable living. She is also very knowledgeable about herbal remedies, surviving a nuclear disaster and bugging in. You can also read more of her work at streetpreppers.com
Comments 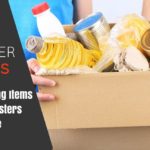 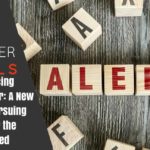 Introducing FutureDanger: A New Website Pursuing News for the PreparedPreparedness Tips
We use cookies to ensure that we give you the best experience on our website. If you continue to use this site we will assume that you are happy with it.Accept